Recently, Beijing Federation of Industry & Commerce (BFIC) convened the Meeting of Appointing Special Advisors and the Inaugural Meeting of the Special Committee and Think Tank Base for Political Participation and Consultation at Gehua New Century Hotel Beijing. There were over 200 persons attending the meeting, who represented 48 parties and government departments including Beijing Municipal Commission of Development and Reform, 5 special committees, and 13 think-tank bases for political participation and consultation. Among them were leading group members of the BFIC and officials of Industry & Commerce and Economy Office under the United Front Work Department of Beijing Municipality, as well as directors in the relevant offices under the BFIC. Mr. Simon Tsi, Managing Partner of Chang Tsi & Partners, was appointed as a member of the Special Committee on Legal Environment Construction for Healthy Development of Private Economy under the BFIC. 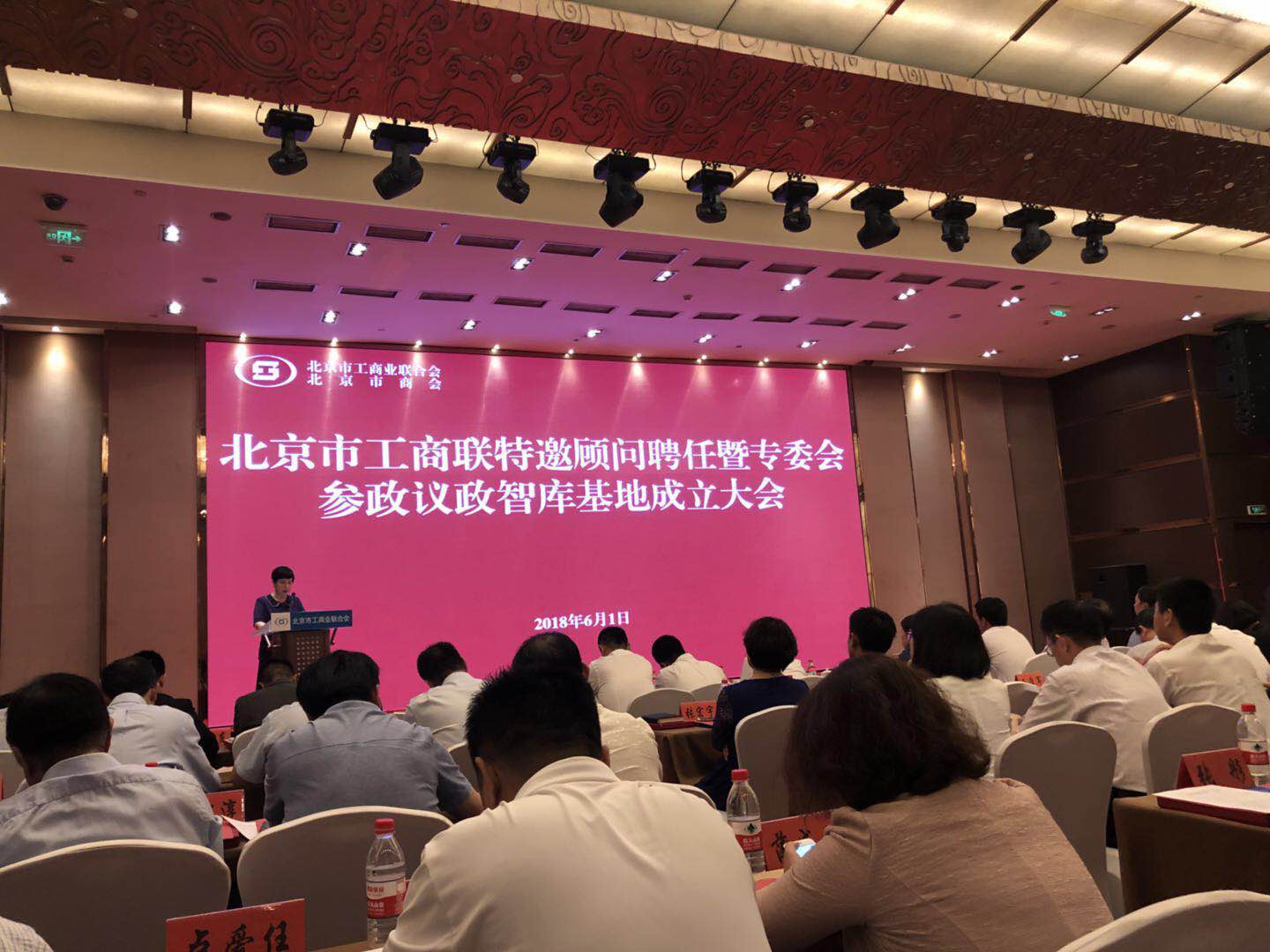 (The site of the meeting on June 1)

Managing Partner Simon Tsi has led Chang Tsi & Partners for 16 years. As the leader in a legal service agency having deeply integrated into the international market in terms of both market and legal service, Mr. Simon Tsi has a good knowledge of service norms and standards for the international practice of law, and is capable to make an organic bond between the advantages of local lawyers and the experience and standards of those most reputed legal service agencies worldwide, and exploit such to the full, thereby providing legal services for clients at home and abroad. As the director of the firm, Mr. Tsi promotes such concept and style of work within the whole firm, which have become the common concept and spirit shared in Chang Tsi & Partners. Moreover, Mr. Tsi is perfectly familiar with the operation and administration system in national authorities, judicial organs and large state-owned enterprises, and has the good ability to communicate and coordinate with such entities due to his early rich experience. Being appointed as a member of the Special Committee, Mr. Tsi will respond to Opinions of the State Council on Creating a Sound Entrepreneur Growth Environment, Advocating Excellent Entrepreneurship and Better Using Entrepreneurs' Role, and also actively participate in the legal environment construction directed by the BFIC for healthy development of private economy. It not only reflects the high affirmation of the enterprise leadership of Mr. Tsi, but also acts as the powerful evidence for the success achieved by the prudent development of Chang Tsi & Partners. 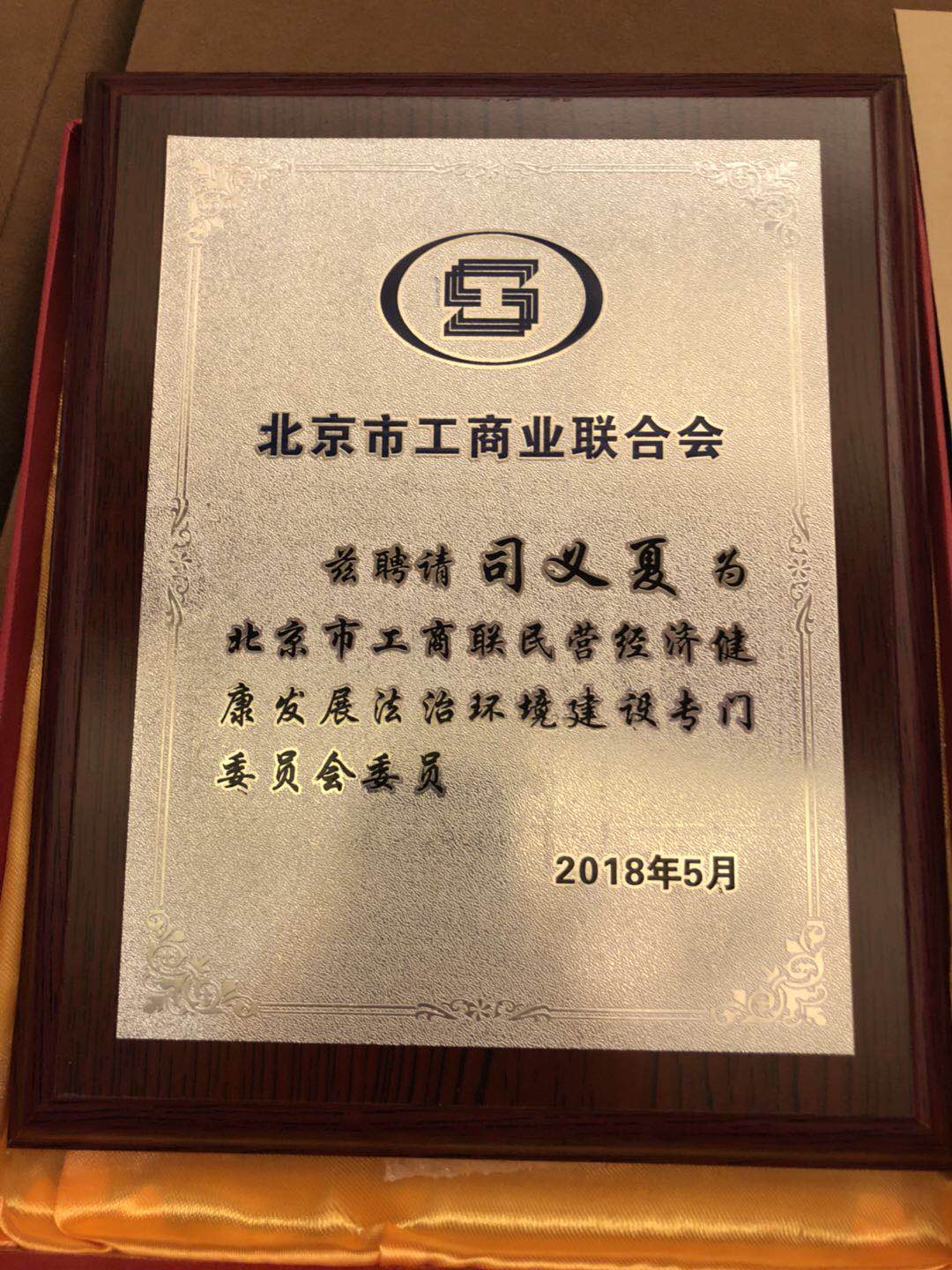 Established in June of 1951, Beijing Federation of Industry & Commerce is a mass group and organization of the chamber of commerce led by Communist Party of China, the majority of which consists of persons from non-public enterprises and non-public sectors of the economy, service objects of which mainly include private enterprises, limited liability companies and incorporated companies owned by non-public economies, Hong Kong and Macao investment enterprises, etc. The main functions of the BFIC are to fully exploit the guiding, assisting, advancing and coordinating roles of those persons from non-public economy in all work, thereby promoting the optimization of the business environment in Beijing. The Federation now has more than 32,000 members consisting of enterprises, groups and individuals covering the entire 16 districts of the municipality. There are 201 organizations of the chamber of commerce under the BFIC, including 61 guilds, which keep close relationship with the national association of industry and commerce and its corresponding associations in other provinces and municipalities. The BFIC is a fairly influential mass group and organization of the chamber of commerce in Beijing.